Yvette started casting pewter after bidding for a bird-shaped pewter necklace on ebay. She didn’t win it but was cross enough to find out how to make one. At that time (about 10 years ago) there wasn’t much information on the internet about casting pewter so she tracked down a book, Pewter Jewellery by Miriam Browne published in 1980, which was enlightening if heavy on cuttle-fish. In the meantime, a woodturner tipped her off about a company in Cornwall, Carn Metals, who are happy to supply small amounts of pewter to makers. During a long and extremely helpful conversation with them they let slip a vital bit of information – that thanks to pewter’s low melting temperature you can make moulds for casting it out of wood.

Whereas she knew nothing about metal, she did know about wood. Her father made exquisite ‘antique’ dolls-house furniture as a hobby, and her husband is furniture designer/maker Steve Thompson. Using off-cuts of birch plywood from Steve’s workshop floor and his electric scroll-saw Yvette worked out how to layer small pieces of plywood one on top of the other to make an enclosed mould with a funnel shape to let the pewter into it. The first attempt she had at casting a shape in a wooden mould was scary, messy, but successful. She was hooked.

Pewter is a beautiful and underrated metal. It is subtle, malleable, pliant and makes wonderfully crisp castings. Pewter no longer contains lead. It is made from tin, antimony and copper. Cast pewter will pick up every last aspect of its mould so Yvette's brooches are imprinted with fine wood grain. Pewter also responds to minute differences in temperature so no two castings come out of a mould the same way. Some of them have a creamy texture, some of them really hold the grain, and some of them have a feathering like frost on a window.

Yvette doesn’t use anything ambitious to melt the pewter, she uses a soup ladle suspended over the smallest camping stove you can buy. She uses an old dessert spoon to scoop the rubbish off the top of the molten metal, and a bit of metal coat-hanger to coax the molten pewter into the mould. She has only blown her eyelashes off once, but she has pebble-dashed her clothes a few times. She says she could be blasé and say it’s easy to forget you’re working with molten metal, but it isn’t easy to forget at all. It scares her witless every time!

We have a range of Yvette's work in the gallery but you can also commission your own make up of characters and animals. You can see what we have currently by clicking here 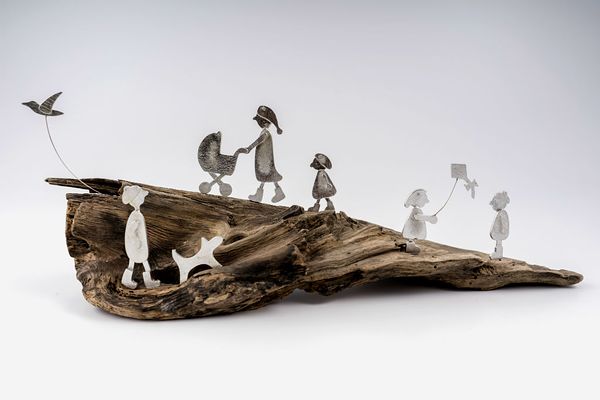 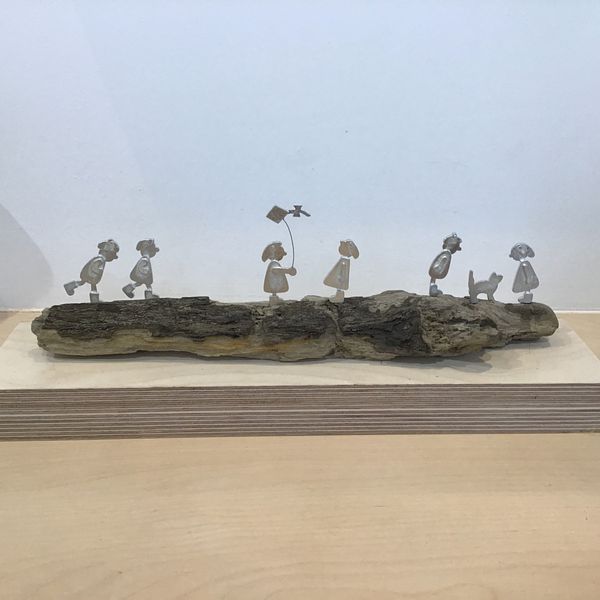 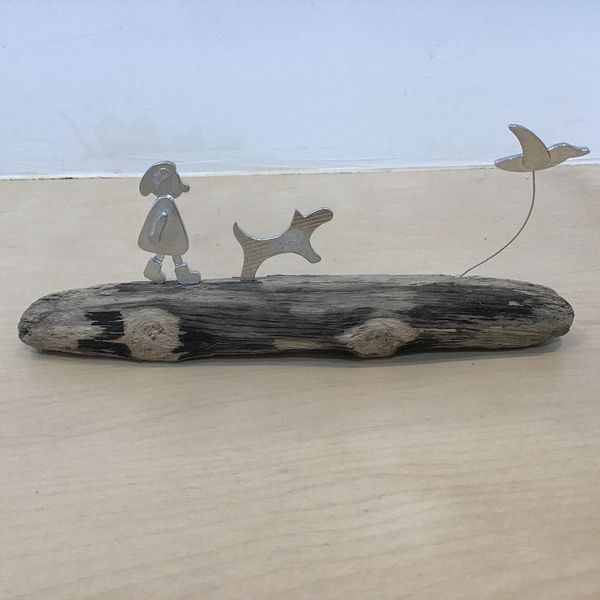