This booklet contains 15 of the poems that David Raikes wrote between 1940, when he was 16, and his death when his plane was brought down by enemy fire in April 1945. This selection was published to mark the 75th anniversary of his death in 2020, and of VE Day, which followed just three weeks later. The family of David Raikes still own Treberfydd House where his nephew, also called David, and family still lives.

Found Gallery hosted an 'in the window' exhibition in April 2020, during lockdown entitled 'Let it Be Hushed' which featured some commissioned work by Hay based artist Deborah Gillingham inspired by one of David's poems.  The gallery had been due to have some poetry readings and other events in the context of the anniversary and David's poems but was unable to do so.

All proceeds from sales of this booklet are being donated to the Brecon Beacons Park Society, a charity which does much to support and preserve the landscapes that David loved so much. 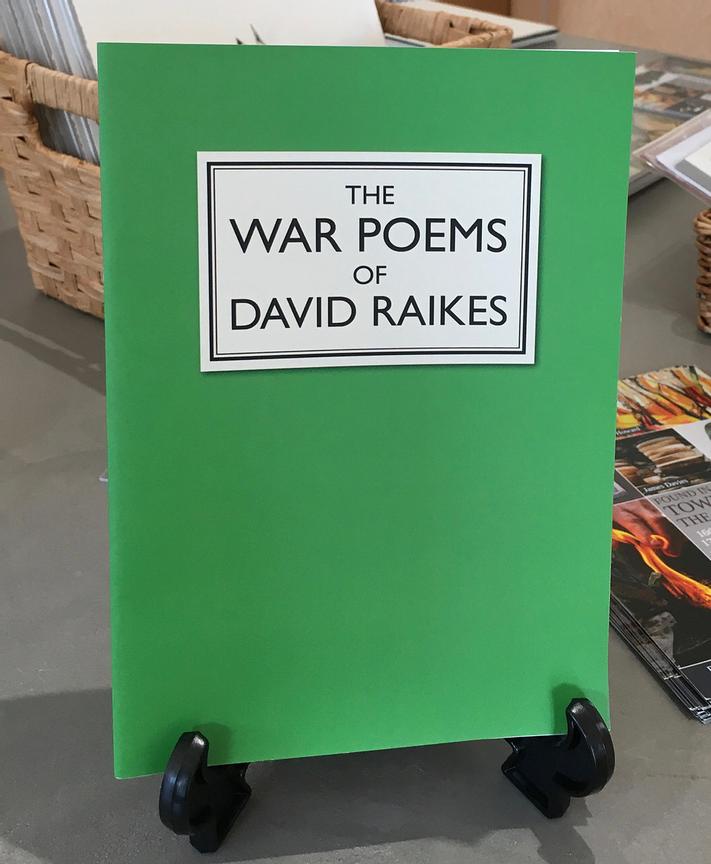