Let it Be Hushed 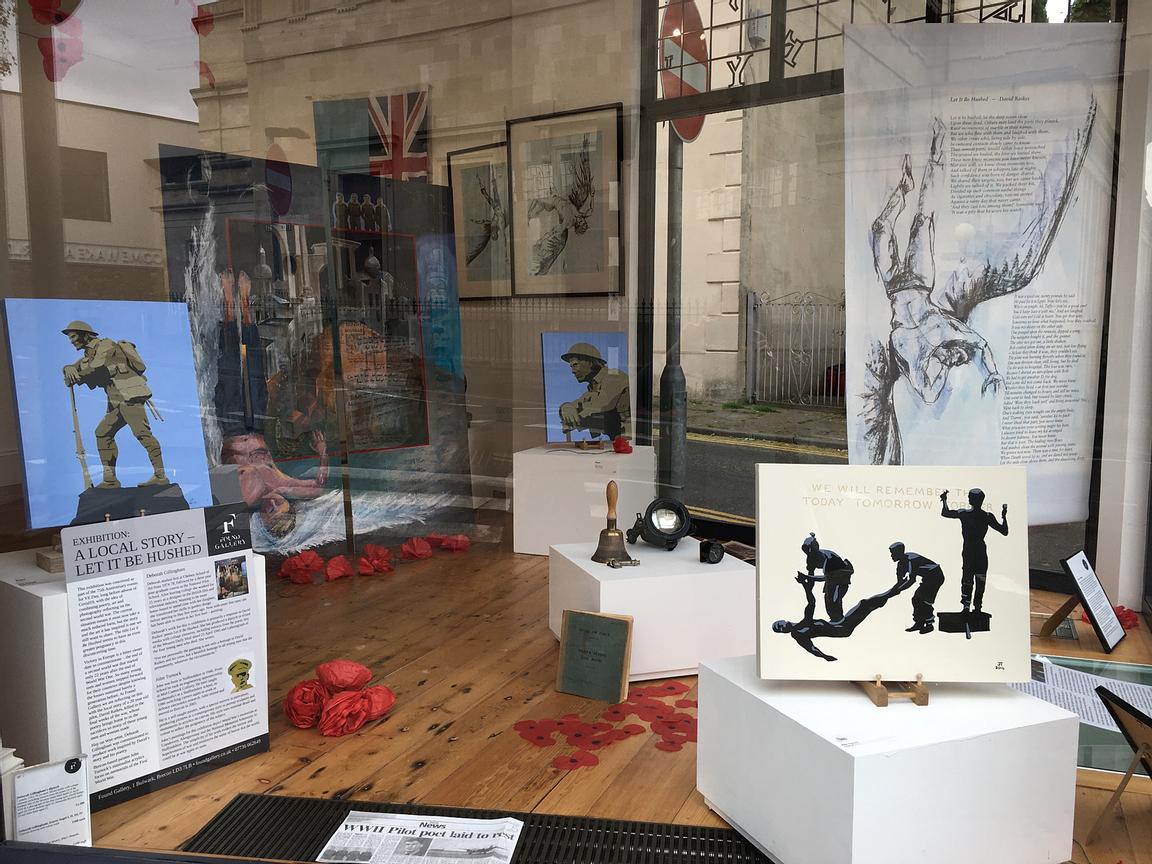 The idea for this exhibition was conceived well over a year before it was due to open and was going to combine poetry, art and photography reflecting on the second world war as part of the 75th Anniversary events for VE Day.

The Covid19 Pandemic meant that it could not be all that we had hoped but the story and the art that it inspired is one we still wanted to share. The title for the exhibition,  'Let it Be Hushed - a Local Story' was taken from a Second World War poem but seemed to have an even greater poignancy in the disconcerting and locked down time of Spring 2020.

​The two artists involved in the exhibition were Deborah Gillingham and John Turnock.

'Victory in Europe' Day is a bitter sweet date to commemorate – the end of a second world war that started only twenty two years after the end of World War One. So many young men and women stepped forward for their countries despite knowing the losses sustained barely a generation before.

At Found Gallery we were reflecting on this with the local story of a 20 year old pilot, killed in the final weeks of the war, whose poetry shares the sacrifices which so many young men and woman made. Local artist Deborah Gillingham responded to some of the poetry of the young pilot while John Turnock exhibited minimalist acrylics which focused on the First World War memorials at Llandovery and Abergavenny as well as one from the National Memorial Arboretum in Staffordshire. The simplicity of John’s paintings evoked the sorrow and hopelessness of war and reinforced the sense of horror that the world could be at war again so soon.

In 1945, the year that he died at just 20 years, a young bomber pilot, David Raikes, relative of the Raikes family of Treberfydd at Llangasty penned a poignant poem entitled 'Let it be Hushed'. The poem is a narrative about how, as crew men, they dealt with the often daily realisation that a plane, with their colleagues and friends on board, was not coming home.

David’s own plane went missing just three weeks before the end of the second world war but his plane and the bodies of the four young men on board were not found until 2011. The eldest was only 21.

Hay on Wye artist Deborah Gillingham does not normally take on commissions but having been shown David’s poetry stated “…challenges are always good, so I didn’t say no. One evening I sat quietly and read the poems - despite being such a young man, and having no time to fine tune his work, I was deeply moved. I took myself off to bed. At four in the morning I woke, David Raikes’ words in my head...I was compelled to get up, go downstairs and sketch out a rough. I knew then that I had to make this painting.” 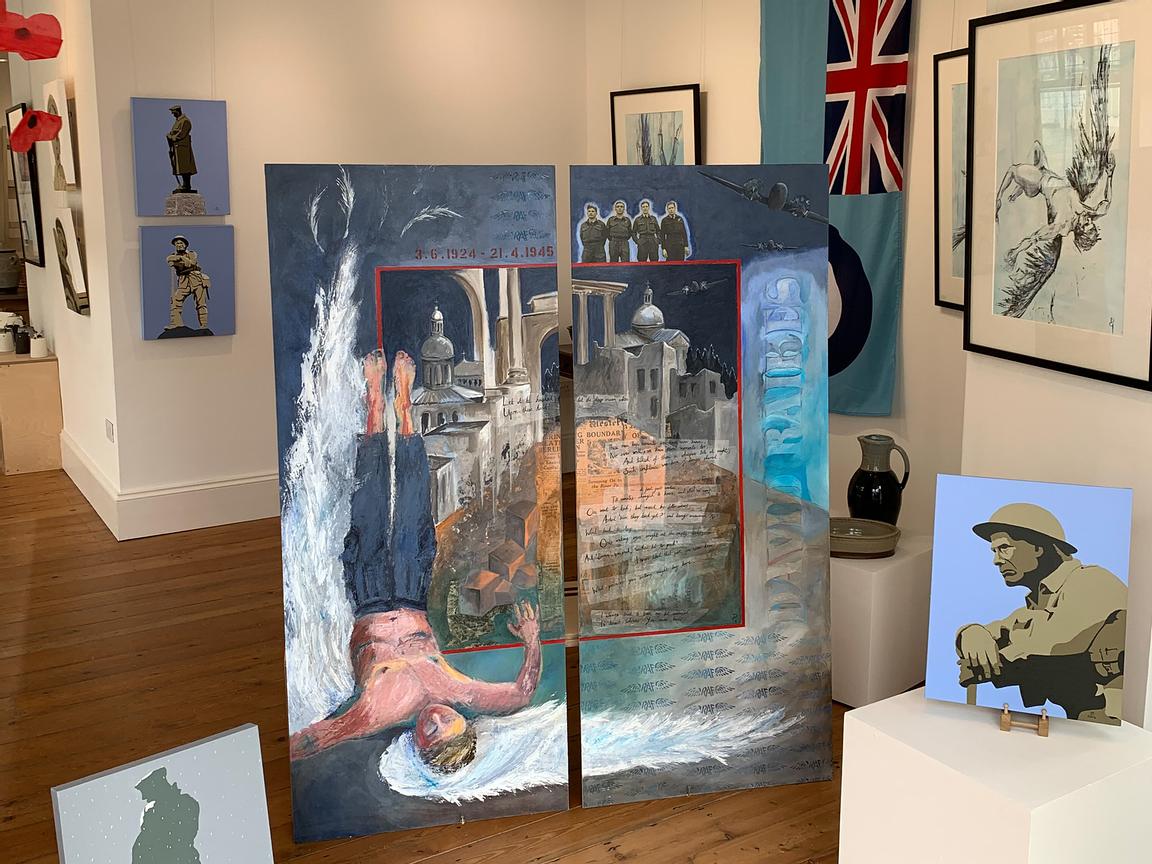 Her painting became a diptych which was primarily a response to the Let It Be Hushed poem, it was a large mixed media painting with collage elements including extracts from the poem, bits of the Western Daily Mail dated 21 April 1945 and a photograph of the four young men. Deborah said “For me personally the painting is not only a homage to David Raikes and his crew, but a heartfelt homage to all young men that die prematurely, whatever the circumstances."

“The poetry at times is so haunting, the story is so universal and tragic. The fact that it is being played out by mere 20 year olds - boys forced into manhood - making it all the more poignant. All this makes it easy to be both deeply moved and inspired, but it is the detail that captures my heart the most when reading the poetry of David Raikes: the dividing of cigarettes and chocolate, the black laughter, the watch that could have been sold, the shared whispers in the night, the tidy kit bag, the ordinariness of sleep.”

One of David’s brothers, Tim Raikes, now in his 80s, had agreed to be part of the official opening of the exhibition along with his nephew, also called David Raikes, on April 22nd 2020. They were going to share the story of the four men at the top of the painting who are David Raikes aged 20, David Perkins aged 20, Alexander Bostock aged 20 and John Hunt aged 21.

The four young men took off from Forli airbase near Rimini on the evening of 21st April 1945, a mere 10 days before the fall of Italy. Their object was a crossing of the River Po at Taglio di Po, in support of ground troops moving north. The men did not return. “Missing in action” is all the families were told. In 2011 the wreck of a plane was discovered by an Italian group of amateur enthusiasts called Archeologi dell’Aria. Amongst the wreckage - bones, an engagement ring, a wrist watch. The MoD was contacted, the excavation was continued, the wreckage was verified. It was the four men and their Boston bomber.

The poem ‘Let It Be Hushed’ has a tragic poignancy as it talks about the waiting, the men who never came back, the packing of kit bags to return to families . . . . .This poem was read in 2013 by David Raikes’ nephew when the four men, with their families present, were finally laid to rest with full military honours in the Commonwealth war cemetery in Padua - sixty eight years after they were killed in action. 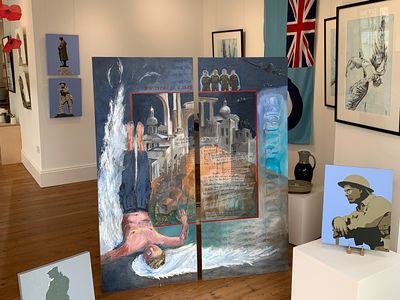 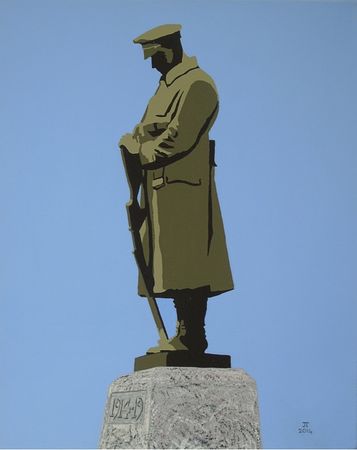 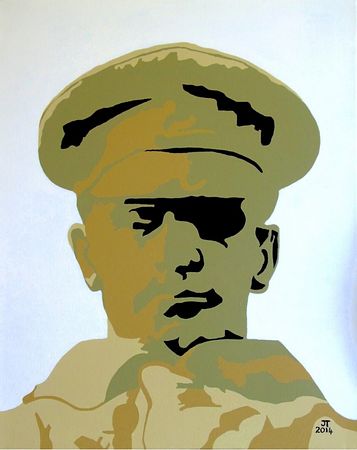 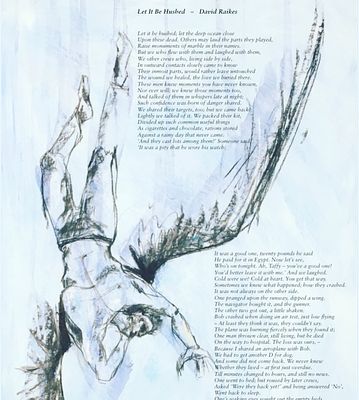 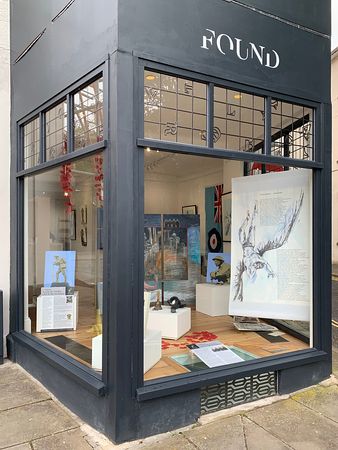 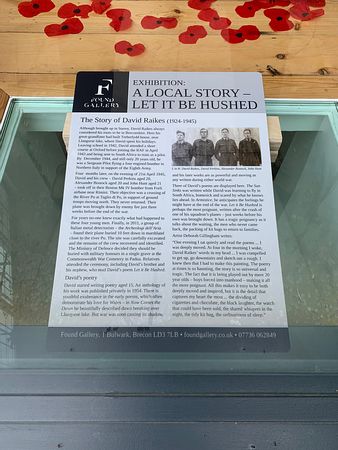 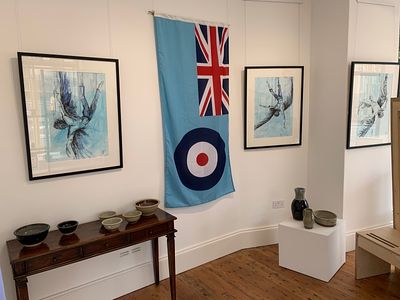 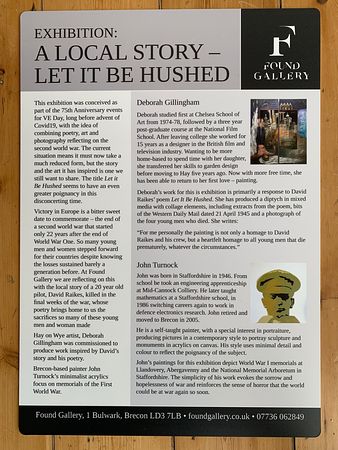 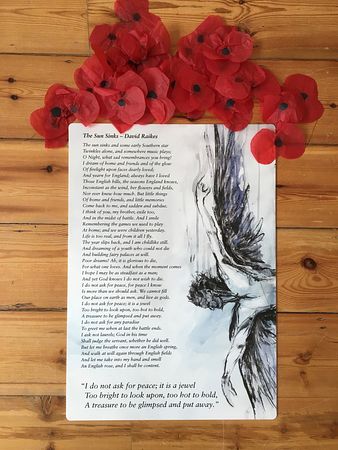 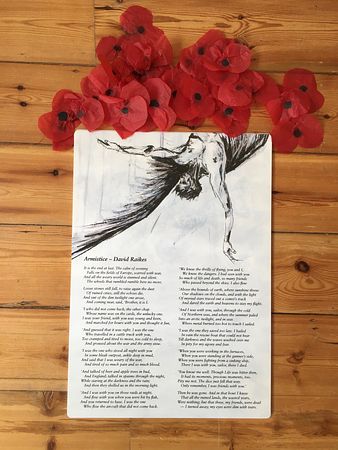 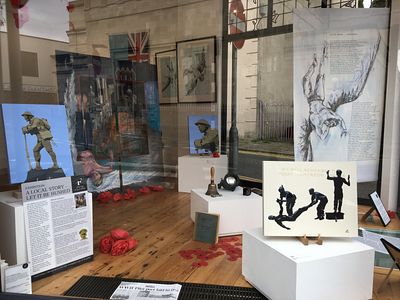 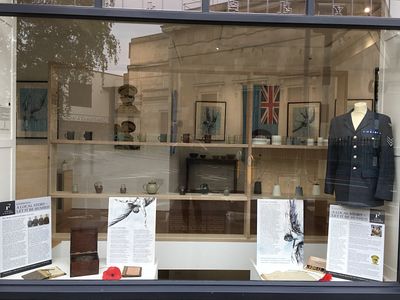