Jacob’s practice focuses on the medium of forged steel, making objects which show the forging process and how the material can be shaped when heated. Bronze and Stainless Steel are also used to accent the work, giving a stark contrast in colour which draws the eye.

Jacob aims to create a sense of elegance in the relatively cold and heavy material by taking advantage of the strength it has and creating long tapers, as well as drastic section changes.

In the construction of his work he uses either or hot or cold fixing methods which are not only practical, but also form a visual feature for people to see.

His work is heavily inspired by traditional Japanese architecture. Specifically, the way that the buildings are constructed using various interlocking wooden joints, which then becomes a decorative feature in itself. He is also influenced by modern architecture, the straight lines and angular shapes which the buildings form, with large expanses of concrete or steel.

Jacob was drawn to blacksmithing at the age of 13 watching a master smith in his workshop. After finishing his A-levels he went on to study Artist Blacksmithing (BA) at Hereford College of Arts (2016-2019) and began setting up the workshop which he now works from, based in Herefordshire. 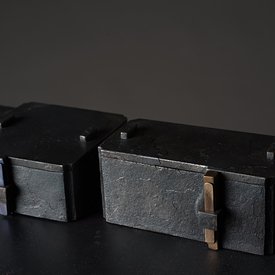 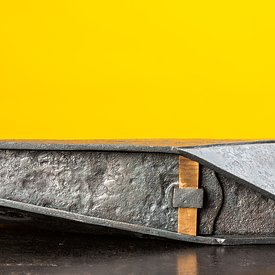 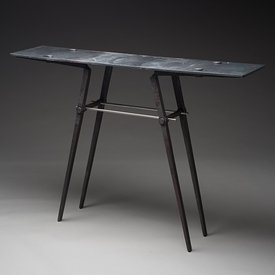